Would you like to switch to the accessible version of this site?

Don't need the accessible version of this site?

Anti-Depressants Double The Risk Of Another Bout Of Depression 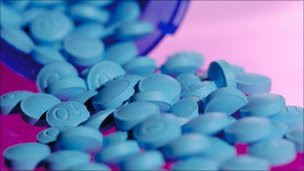 People who take an anti-depressant are far more likely to suffer a recurring bout of depression than someone who decides on a non-drug approach.

Taking a drug almost doubles your risk of suffering a relapse, say researchers from McMaster University, after studying a range of studies that monitored the effectiveness of anti-depressants and placebos, or sugar pills, on groups of patients with major depression.

Overall, depressed people who took no drugs or were given a placebo were 25 per cent likely to suffer a further episode in the future, whereas those who took an anti-depressant were 42 per cent more likely.

The researchers believe the drugs interfere with the brain's self-regulatory processes in coping with depression, and that it over compensates when the drug treatment stops, triggering another depressive episode.

Depression may be a natural and beneficial process as the brain works to cope with stress or loss, the researchers conclude.